About the Taos Pueblo 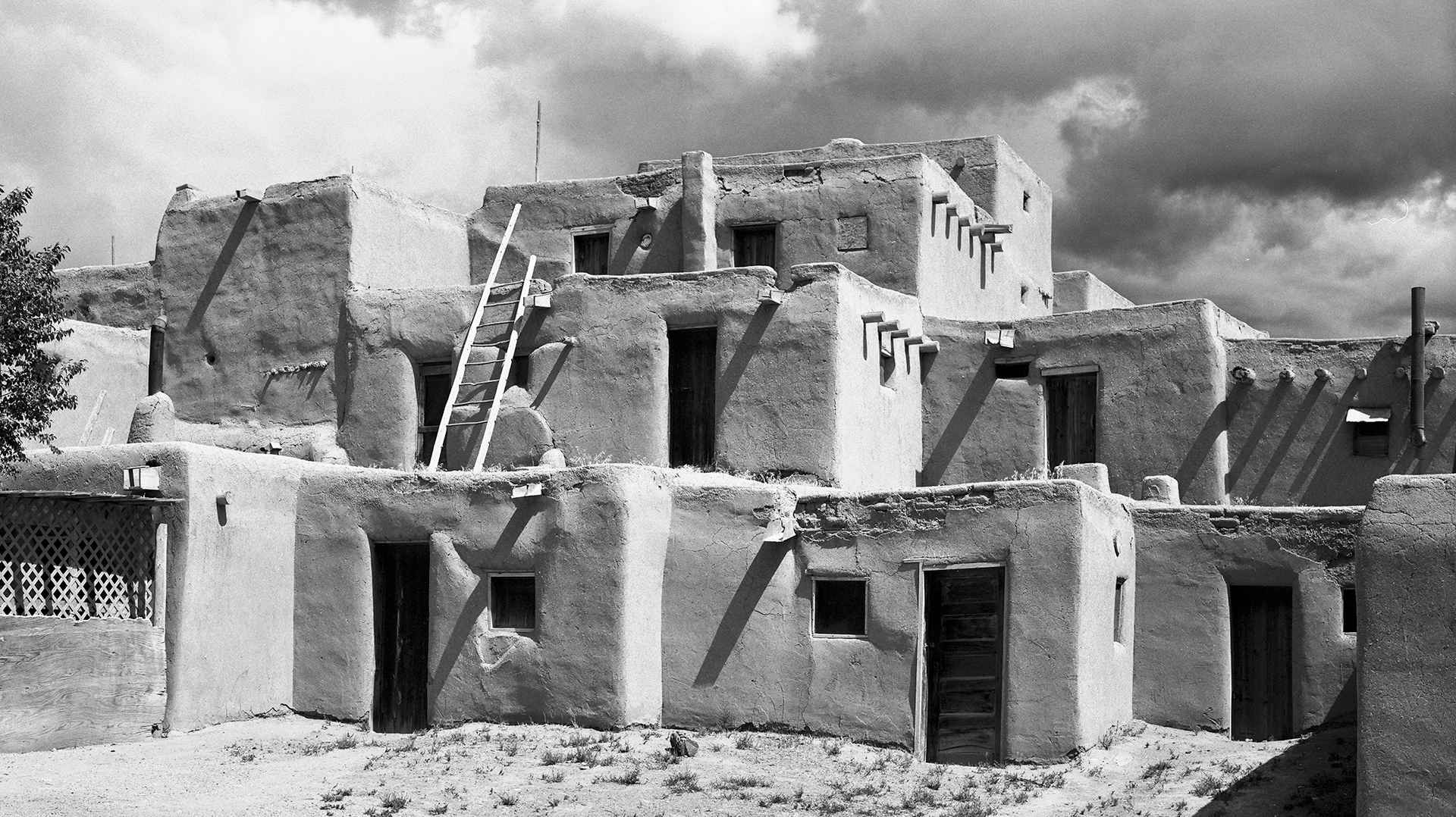 Hugging a small branch of the Rio Grande River, Taos Pueblo is a centuries old Pueblo Indian settlement. A powerful reflection of the cultural interactions between the American Indians and the Spanish, the pueblo provides remarkable insights into the heritage of the American Southwest. Its adobe residences and religious structures have survived since as early as the 13th century. The best preserved of the pueblos found north of the borders defined by the Treaty of Guadalupe Hidalgo (1848), Taos Pueblo symbolizes a culture whose traditions originate with Anasazi Indian tribes that once lived in Arizona, New Mexico, Utah and Colorado, and whose descendants still reside there today. Taos Pueblo is a thriving traditional community of Pueblo Indians that has survived with its cultural integrity intact for hundreds of years while borrowing from Spanish and Anglo American cultures over centuries of contact. The ancient pueblo is a stunning example of traditional Native architecture that has retained most of its original appearance through the efforts of the community's resistance to modernization and outside influence.

From its earliest days, Taos Pueblo was a critical center of trade and communications between American Indian tribes, and eventually between the Indians and the Spanish. This pueblo was one of the first communities in the American Southwest that Spanish explorers visited, and it played a central role in the cultural struggles that permeated the Southwest throughout the 16th, 17th and 18th centuries. After the Spanish arrived, the community embraced certain Spanish and Catholic traditions, but remained suspicious and even hostile toward the Spanish colonists themselves. Today the people of Taos Pueblo continue to adhere to traditional tribal beliefs and practices but also honor their Spanish/Catholic past.

The adobe homes, ceremonial kivas, archeological remains, and the ruins of an original Spanish-Era Mission (San Geronimo de Taos) and its ca. 1850 replacement reflect this coming together of American Indian and Spanish culture. Because Taos Pueblo is so significant, it is not only a National Historic Landmark, but it is also a World Heritage Site – one of only 21 such sites in the United States. 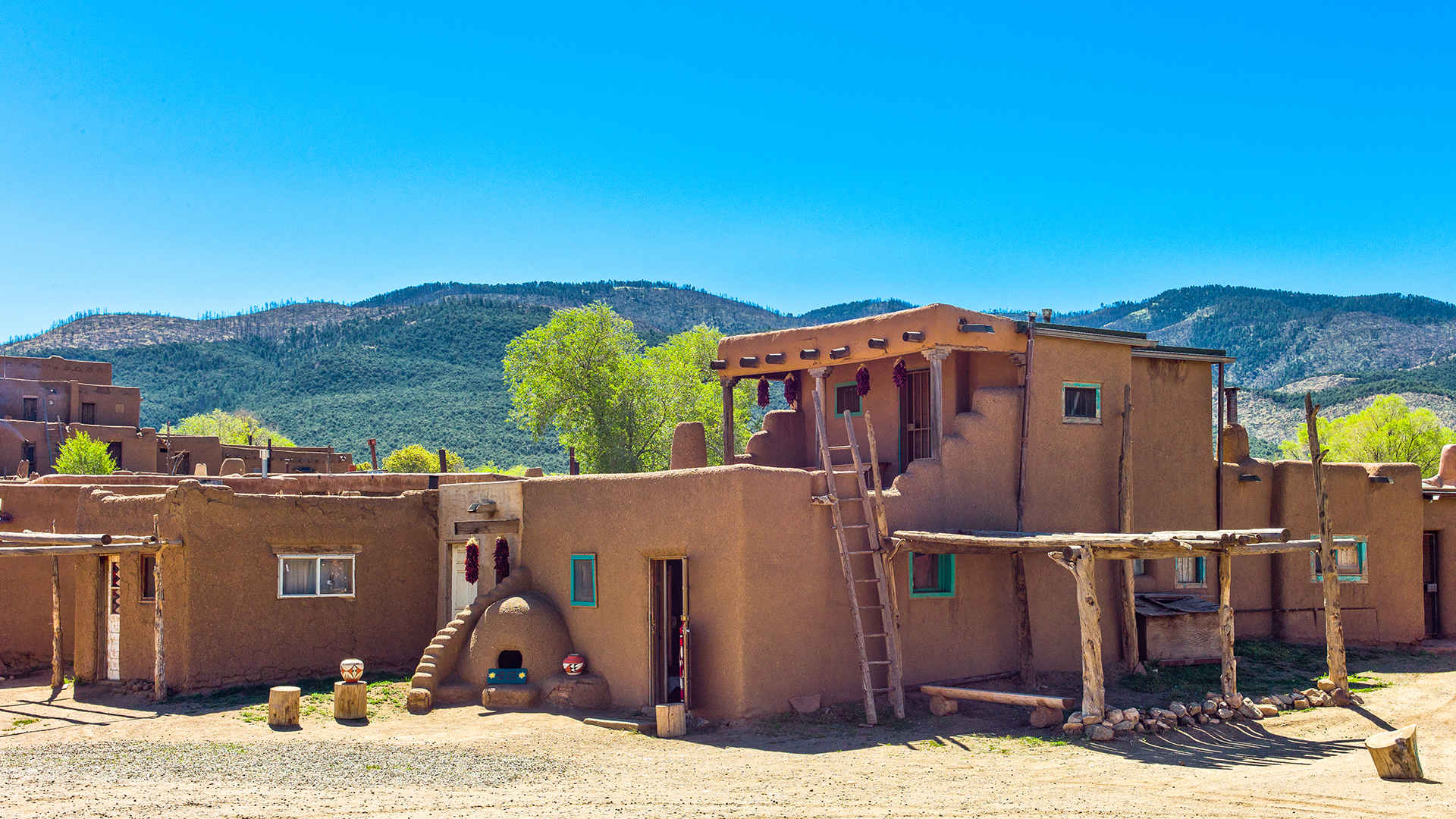 Archeological remains within the Taos Valley date its earliest known human occupation to around 900 AD. Various precontact Anasazi tribes are believed to have moved into the area around this time, sticking close to the life-sustaining Rio Grande River tributaries around the present-day border of Southern Colorado and Northern New Mexico. Traditions surrounding the Taos Pueblo eventually emerged out of the various cultures present in the valley.

The original pueblo site is directly east of where the adobes stand today. Likely constructed around 1325 AD, the first Taos Pueblo is now a ruin and sacred site referred to as “Cornfield Taos.” The limited archeological excavation at Cornfield Taos provided evidence that the Pueblo relocated slightly to the west to its current location, around 1400 AD – though at present it is not clear why.

Throughout its early years, Taos Pueblo was a central point of trade between the native populations along the Rio Grande and their neighbors to the northwest, the Plains Tribes. Taos Pueblo hosted a trade fair each fall after the agricultural harvest. This fair impressed the first Spaniards who made contact with the ancient pueblo. Eventually trade routes would link Taos to the northernmost towns of New Spain and the cities of Mexico via the famed Chihuahua Trail.

The first Spanish visitors to Taos Pueblo arrived in 1540 as members of the Francisco Vásquez de Coronado expedition, which stopped at many of New Mexico’s pueblos in search of the rumored Seven Cities of Gold. At the time, Hernando de Alvarado described the pueblo as having adobe houses built very close together and stacked five or six stories high. The homes became narrower as they rose, with the roofs of each level providing the floors and terraces for those above. Surrounded by a low defensive wall, the community had two main clusters of buildings, one on each side of Rio Grande, which provided water for the residents and their crops.

Throughout recorded history, descriptions of Taos Pueblo stress the adobes’ stacked and stepped-back form. The buildings at Taos originally had few windows and no standard doorways. Instead, access to rooms was through square holes in the roof that the people reached by climbing long, wooden ladders. Cedar logs (or vigas) supported roofs that had layers of branches, grass, mud, and plaster covering them. The architecture and the building materials were well suited for the rigors of the environment and the needs of the people in the Taos Valley. The San Geronimo Church was destroyed and rebuilt several times beginning c.1620. Above, the final incarnation of the church photographed in 1941.

The first Spanish-influenced architecture appeared in Taos Pueblo after Fray Francisco de Zamora came there in 1598 to establish a mission, under orders from Spanish Governor, Don Juan de Oñate. Around 1620, the first Catholic Church in the pueblo, San Geronimo de Taos, was constructed. Reports from the period indicate that the native people of Taos resisted the building of the church and the imposition of the Catholic religion. Throughout the 1600s, cultural tensions grew between the native populations of the Southwest and the increasing Spanish presence. Taos Pueblo was no exception, and by 1660, the native people killed the resident priest and destroyed the church. Only several years after its rebuilding, the Pueblo Revolt of 1680 began and the Taos Indians again destroyed San Geronimo and killed two other priests. 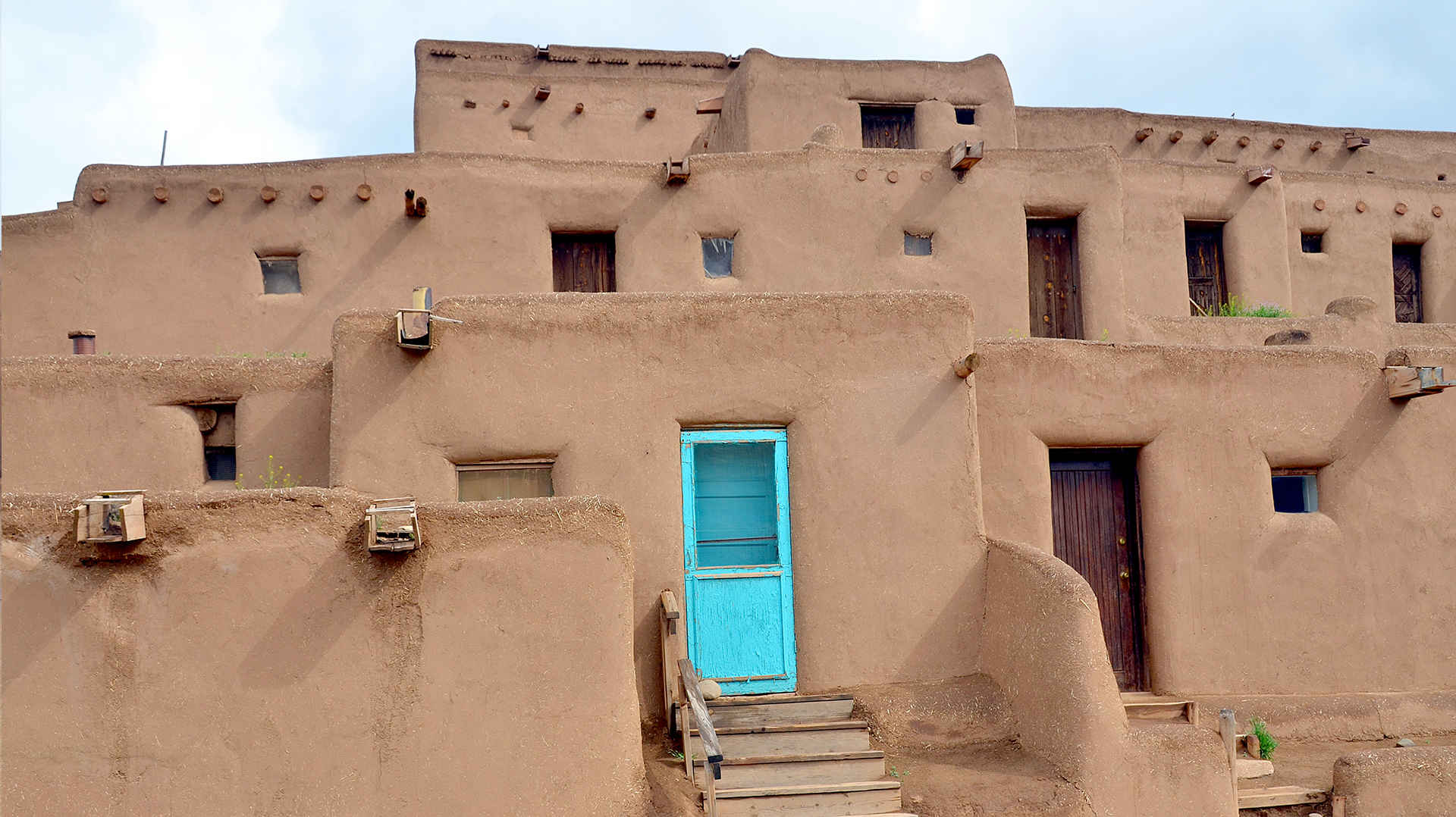 By the turn of the 18th century, San Geronimo de Taos was under construction for a third time, and Spanish/native relations within the pueblo became amicable for a brief period as both groups found a common enemy in invading Ute and Comanche tribes. Resistance to Catholicism and Spanish culture was still strong. Even so, Spanish religious ideals and agricultural practices subtly worked their way into the Taos community, largely starting during this time of increased cooperation between the two cultural groups.

New Mexico formally became a territory of the United States in 1847 with the signing of the Treaty of Guadalupe Hidalgo, but a revolt broke out in Taos Pueblo. Mexican Pablo Montoya and Tomasito, a leader at Taos Pueblo, led a force of Mexicans and Indians who did not want to become a part of the United States. They managed to kill Governor Bent and others and marched on Santa Fe, but were finally subdued after taking refuge in the ill-fated San Geronimo Mission Church. The American troops bombarded the church, killing or capturing the insurrectionists and destroying the physical structure. Around 1850, an entirely new mission church was constructed near the west gate of the pueblo wall. The ruins of the original church and its 1850s replacement are both still visible inside the pueblo wall today.

Taos Pueblo and its culture have evolved over the decades since New Mexico’s inclusion in the United States. The coming of the railroad to the area brought about changes in traditional native economies and increased tourism. Government action throughout the 1920s and 30s, and other forces since then have also had an impact on native traditional living within the pueblo. Most of Taos’ current residents live outside the original defensive wall. Today the Pueblo is mostly unoccupied and used for sacred ceremonies and as a popular heritage site for tourists

Taos Pueblo’s exceptional historic and cultural significance is internationally recognized and appreciated. The pueblo is open to visitors daily for a fee and is one of the most popular tourist sites in New Mexico and throughout all of the Southwest. For more information, visit the official Taos Pueblo website.

Of traditional adobe construction, the pueblo consists of two clusters of sun-dried mud brick houses, with walls from 70cm thick at the bottom to about 35cm at the top. The community still refinishes the walls with a new coat of adobe plaster each year as part of a village ceremony. The two main adobe buildings flank the river and retain their traditional layout. The Taos Tribe considers Hlauuma (the northern house) and Hlaukwima (the southern house) to be a sacred part of the community’s heritage. The Taos Tribal Council, which owns the pueblo, does not allow modern amenities such as running water and electricity within the ancient pueblo’s walls. The tribe continues to use the pueblo for sacred ceremonies.

In addition to the adobe buildings, other notable features of the pueblo include several round kivas (religious and ceremonial spaces), the surrounding defensive wall, the sacred ruins of Cornfield Taos, large unexcavated ancient trash middens, and a ceremonial racetrack. Rubble mounds and a lone bell tower mark the ruins of the original Spanish church, San Geronimo de Taos. Many generations of both Spanish and American Indian peoples lie buried around and within its crumbling walls. Built c. 1850, the newest incarnation of the church remains with its main façade altered over the decades by the addition of flanking bell towers and various aesthetic changes. Despite these alterations, the church is still a beautiful example of early Spanish architecture in the Southwest. Its presence and continual use alongside ancient ceremonial kivas mark an important cultural phenomenon. Today the majority of the Taos people identify as Catholics while still recognizing strong ties to their American Indian cultural traditions.

Taos Pueblo is one of North America’s great heritage treasures.

Taos Pueblo is a National Historic Landmark and a World Heritage Site located at 120 Veterans Highway in Taos, NM. Click here for Taos Pueblo’s National Historic Landmark file: text and photos. The Pueblo, which is owned and administered by the Taos Tribal Council, is open to visitors daily from 8:00am to 4:30pm except during times that tribal rituals require its closing. For more information, visit the Taos Pueblo website or call Taos Pueblo Tourism at 575-758-1028 before visiting to confirm open hours. 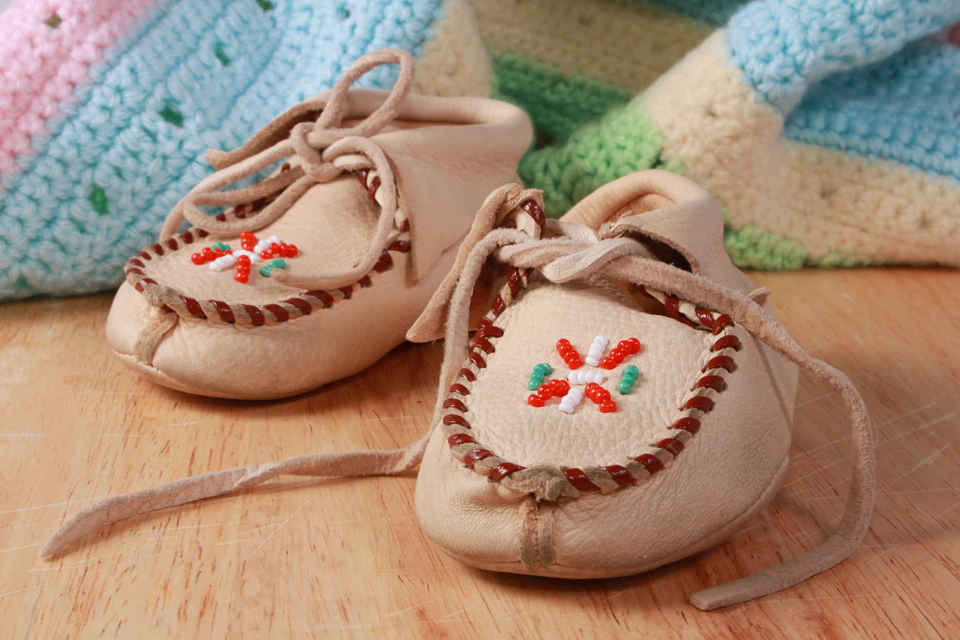 “We care for our elders. We treat them with respect, honor & dignity, because our wisdom comes from them. I have learned so much from them; day & night.” ~LR 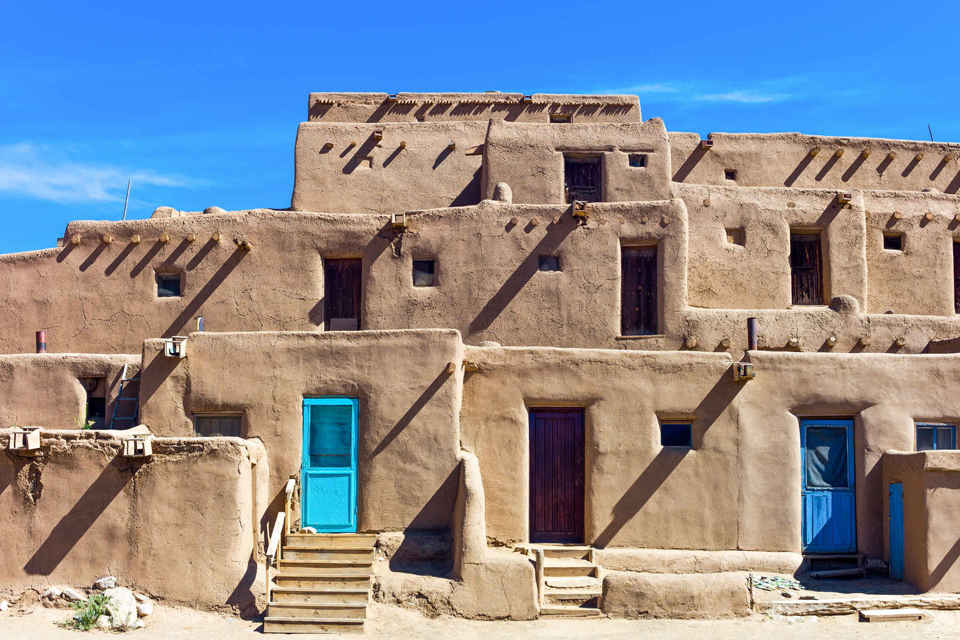 High above our Taos Pueblo is a sacred lake, Ba whyea-Blue Lake. The People of Taos Pueblo have occupied these areas since time immemorial. 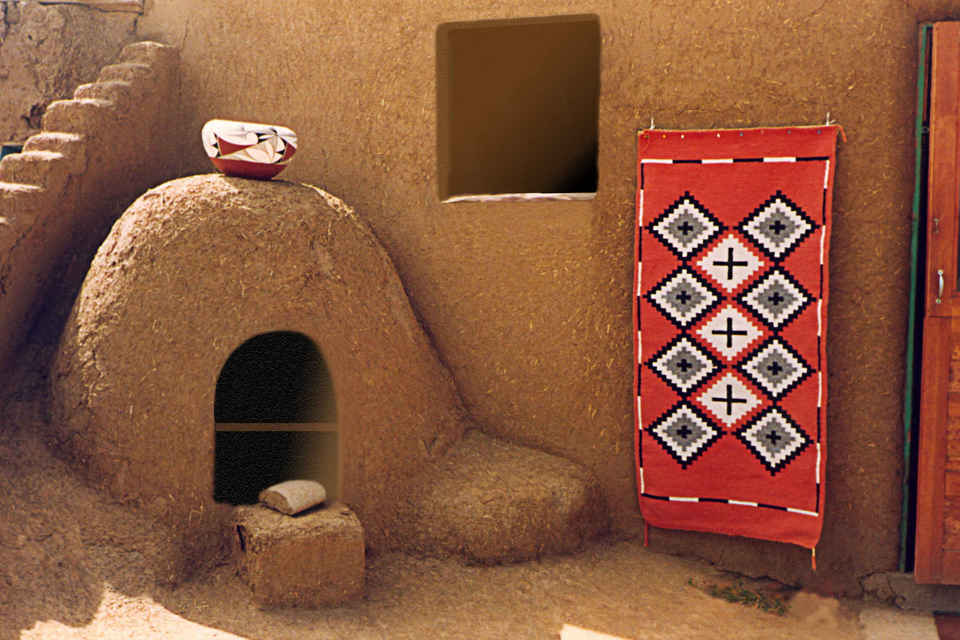